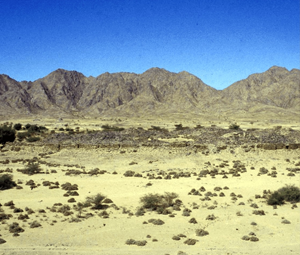 In the summer of 1985, thanks to the intervention of a local shaykh, we were the first archaeologists to set foot in the territory of the Banī Dabyān, South of Marib and explored one of the most significant archaeological areas from the Sabaean period ever discovered, the Wādī Yalā. Near the fortified city known to the Bedouins as Yalā/al-Durayb (Fig. 1), and cited as Ḥafarī in ancient inscriptions, the rocky gorge of Shiʿb al-‘Aql (Fig. 2) reveals a numbers of royal inscriptions from the period of the mukarribs of Saba. Among the sovereigns who came to celebrate the rite of the ‘sacred hunt’, the name of Karibʾīl Watar stands out. He is called the Great by the scholars because his military campaigns led to the unification of the Sabaean Empire towards the end of the 8th century BC. Yalā is of great importance as it provided a comprehensive picture of the social features of the Sabaean community during the emergence of the South Arabian peoples at the end of the Bronze Age.

The stratigraphic analysis carried out in 1987 inside the city walls provided the first reliable chronology for the most ancient levels that could be dated with certainty to between the 12th and 7th century BC. The excavation also brought to light the oldest inscriptions in South Arabian script dating to the 8th century BC. This discovery confirmed von Wissmann’s hypothesis that set the origins of the archaic Sabaean culture to the last centuries of the 2nd millennium BC.