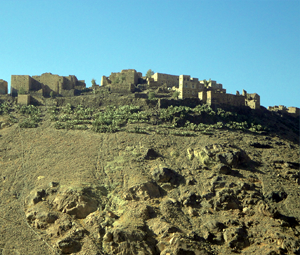 In 2010, the General Organization of Antiquities and Museums (GOAM) has granted the Italian archaeological mission in Yemen the permission to proceed with archaeological research in the Sabaean-Himyarite Ġaymān (Fig. 1), 15 km SE from the capital Ṣanʿāʾ. Ġaymān was renowned as an economic and politically influential centre between the 1st and the 6th century AD (Fig. 2). The famous bronze head now at the British Museum in London, and the bronze horse at the Dumbarton Oaks Museum in Washingon DC were found in the cemetery of Ġaymān.

In 2002-2004, the Yemeni-Italian Centre for Archaeological Research (YICAR) at the National Museum of Ṣanʿāʾ was created with joint funding provided by GOAM, the Italian Ministry of Foreign Affairs and IsIAO, in recognition of our long and successful collaboration and our commitment to future archaeological research in the Republic of Yemen.